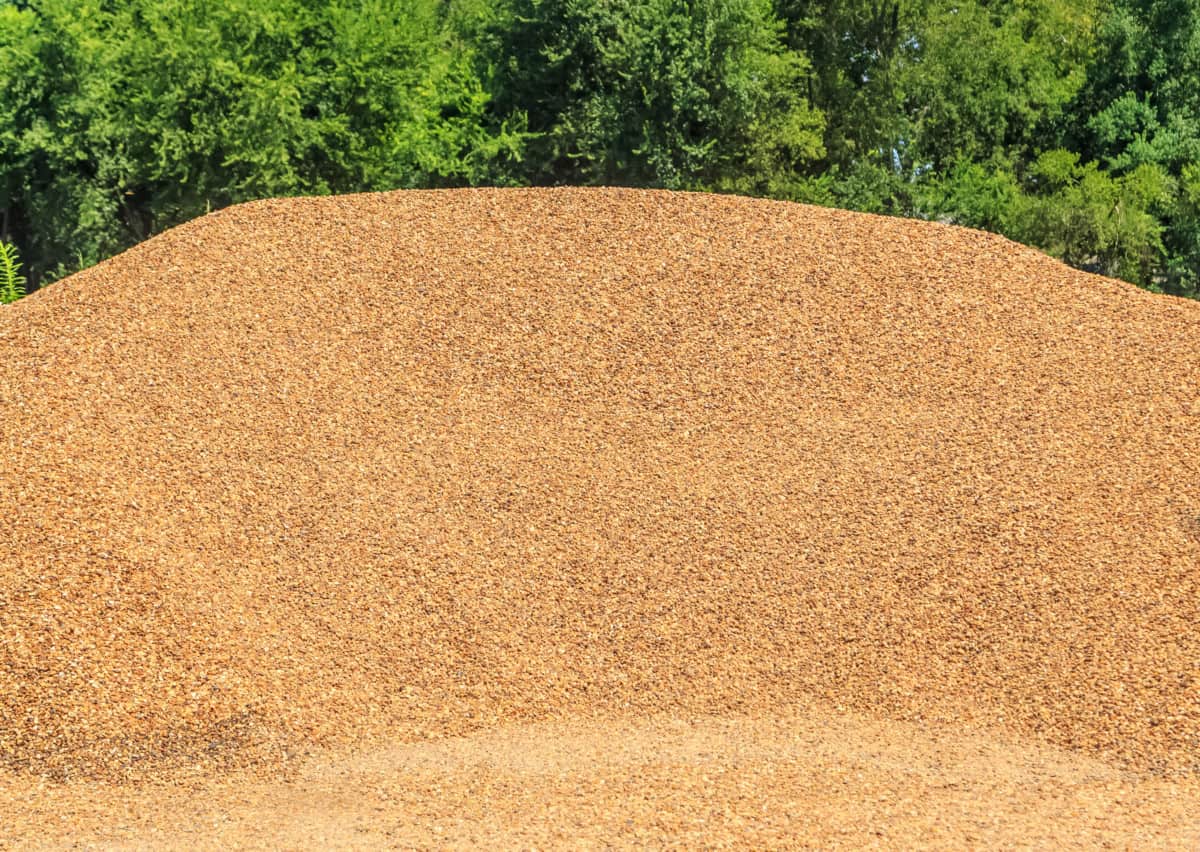 It can be tempting to grab some cheap pea gravel to put around your fire pit. In fact, if it’s your first fire pit, you may not know that some types of rocks and gravel can explode when heated. After all, gravel is not something you think of as combustible.

When I first started doing research for building a fire pit, I had to keep checking different sources because I just didn’t believe what I was reading about certain rocks. So that’s why I decided to dedicate this post to the subject of: Will pea gravel explode in a fire pit?

The answer is yes. Pea gravel can explode in a fire pit. Pea gravel is porous and can trap water inside. When that water heats up and turns to steam the pressure can cause the little rocks to explode.

The same goes for other porous rocks, which I’ll cover below. I’ll also give you some safe alternatives, so read on!

You don’t have to be a geologist to determine which rocks will and won’t explode in a fire pit, but it helps. There are three types of rock, one of which is best for use in your fire pit.

Sedimentary rocks form in a couple of ways.

Igneous rocks are formed from molten rock, which can happen either above ground (extrusive) or underground (intrusive). Igneous rocks include:

Metamorphic rock is named as such because it used to be either igneous or sedimentary before it went through a metamorphosis. This process happens when intense pressure or heat is applied, causing the rock to become dense and hard. Metamorphic rocks include:

Best Rocks to Use in Fire Pits

As you can probably guess, after our little geology lesson, the best rocks to use for fire pits are metamorphic rocks.

You may have noticed that those last two aren’t metamorphic rocks. On top of that, lava rocks are incredibly porous, so why are they on the list? Let me explain.

Why Granite is Good For a Fire Pit

Granite is a fairly porous rock and it’s also one of the most-used for construction, decoration, and aesthetics. Many people call any rock with visible grains granite, even if it’s gneiss, schist, diabase, or a number of other similar rocks.

While granite does have the potential to trap water and crack or explode, it’s fairly rare. If you do decide to go with granite, try for a kind with fine grains that indicate high-pressure formation.

Why Lava Rocks Are Good For a Fire Pit

You probably know that lava rocks are often used on grills and fire pits, which seems strange if it’s best to avoid porous rocks. You would be hard-pressed to find a more porous rock than lava.

But lava rocks are porous enough that they tend to dry out quickly. Their structure also protects against the drastic buildup of heat that happens when rocks explode. In fact, lava rocks are used in gas grills often because they are good at distributing heat evenly.

If you end up using lava rocks for your fire pit, it’s best to try and keep them dry as an extra safety precaution. It’s only when water gets trapped inside rocks that they explode. You can use a cover or a lid for your fire pit to keep this from happening. Or simply wait for them to dry.

Rocks Not to Use in a Fire Pit

We’ve already discussed pea gravel a bit, but you may be wondering why exactly it is porous. Most pea gravel is made up of small or large river rocks crushed down to pea-size. These rocks often include sandstone, limestone, and basalt.

A good rule of thumb when considering fire pit stone is to stay away from river rocks. These smooth stones— big or small— have a tendency to trap water that can heat and expand faster than the rock can handle, causing a crack or explosion. Some other stones to avoid:

You can always use pea gravel around your fire pit, if you’re just looking to cover bare earth in the area. Using inside or directly next to the fire pit, where it can become heated, is something to avoid.

For lining your fire pit you can use the kinds of rock mentioned above, which you can find at your local home and garden or landscaping store. Exploding rocks shouldn’t be your number one concern when it comes to fire safely, but it’s one of those things that you should definitely avoid just in case.