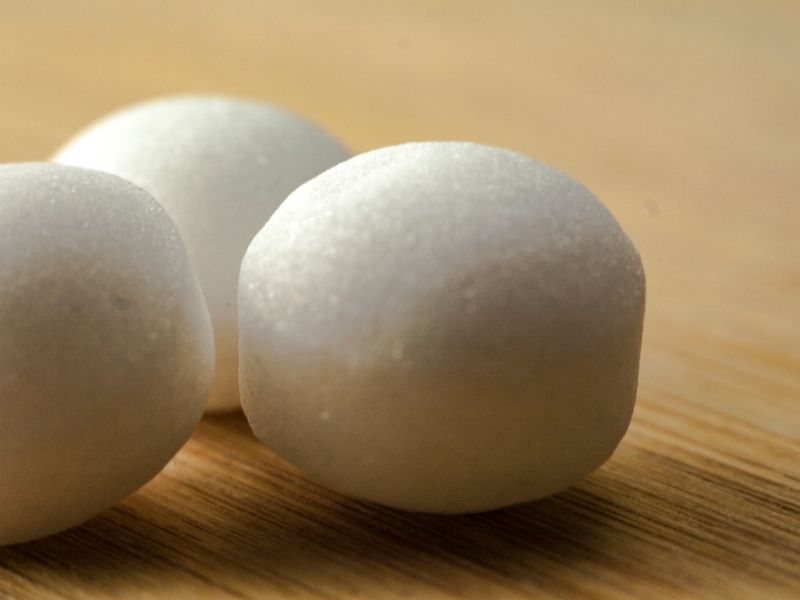 If you’re desperate to keep cats away, a simple internet search will bring up plenty of things you can try. These range from clever and effective to downright useless. Unfortunately, there are some cat repellent tactics that a surprising amount of bloggers mention that can drastically harm cats. I’m of the assumption that people want to simply keep cats away, not do bodily harm to them. Which is why I wanted to answer this seemingly simple question: Do mothballs keep cats away?

Honestly, the answer is yes. Mothballs have been shown to keep (most) cats away. But that doesn’t mean you should use them. Mothballs are made from potentially harmful chemicals and are only safe for use as directed on the label. They are definitely not a good idea for cat repellent.

Beware the Smell of Mothballs

If you’ve ever smelled mothballs before, perhaps at grandma or grandpa’s house, you know that they have a very unique odor. Unfortunately, if you smelled the mothballs, they’re probably not being used correctly. The fact is that mothballs are toxic to humans and animals. However, the effects they have on humans are generally short-lived and reversible unless ingested or the result of prolonged exposure.

The smell of mothballs, while disgusting to some and strangely intriguing to others, is the smell of poison. In fact, mothballs are only designed for use in airtight spaces for clothes being stored for more than a month. They should never be placed in closets, drawers, sewing baskets, or anywhere else where they will be exposed to the air you breathe.

I’ll get into a little more detail below. I think the fact that mothballs are commonly misused is one of the reasons for their suggested use in repelling cats. Which brings us to the next question.

Are Mothballs Safe For Use In Your Garden to Keep Cats Away?

Mothballs are not safe for use in your garden, whether to keep cats, snakes, groundhogs, or other critters away. This is especially true if you eat any food out of your garden. They should never be used except as detailed on the label. In fact, the fine print on any given label of mothball packaging is required by law because they include dangerous chemicals.

Placing mothballs in your garden may or may not keep cats away, but it is definitely adding toxic chemicals to your soil, plants, and groundwater. While the likelihood that this will cause any serious health issues for you and your family is extremely slim, there are also plenty of truly safe and effective ways to keep cats out of your garden without relying on mothballs.

What is a Mothball?

Mothballs are generally made from two different chemicals, both of which are pesticides. Older and increasingly hard to find mothballs are made from naphthalene. This insecticide has fallen out of favor for its use in mothballs because of its flammability.

The more common chemical used in modern mothballs is called Para. It’s also listed as para-dichlorobenzene, PBD, p-dichlorobenzene, or pDCB, depending on the brand and manufacturer. This pesticide is believed to be slightly less toxic and flammable than naphthalene. It’s not uncommon to see Para mothballs described as “safer” than other brands. This may be true when the product is used only as directed, but when used as an animal repellent, or loose around the house, it can still cause issues.

These two chemicals also come in forms other than balls. They are also available as flakes, powder, cakes, and cubes.

Are Mothballs Dangerous to Cats?

Mothballs are dangerous to cats. While most cats can’t stand the smell of mothballs, others are overwhelmed by curiosity. Cats have been known to play with, roll in, and even ingest mothballs, all of which can cause serious health issues.

But ingestion isn’t the only thing to be worried about. Mothballs turn to vapor when exposed to the air. As a result, they can cause damage even if a cat breathes the vapor in.

What do Mothballs do to Cats?

Naphthalene mothballs are considered to be the most toxic, with feline symptoms including:

Para mothballs can have similar effects on cats:

If a cat eats a mothball it can take days for the effects to become apparent. This is because mothballs are slowly digested by cats. If you think your cat has ingested a mothball, check for the signs mentioned above. You can also smell that cat’s breath for the telltale mothball odor. Although there’s no antidote for those animals poisoned by mothballs, it is possible to avoid the worst effects if you act fast and bring the animal to a vet. You can also call the Pet Poison Helpline at (800-213-6680).

What if You Use a Container With Holes in It?

Some folks suggest that placing mothballs in a container with holes in it is a safe way to repel cats. While this may keep the cats from eating the pesticide, it is far from safe. The vapors alone can cause sickness and health problems for cats and many other animals. Not even humans should be exposed to the vapors put forth by mothballs.

The fact is that there’s simply no safe way to use mothballs to keep cats (or any other animals) away. Luckily, it’s easy to use mothballs correctly. Simply follow the instructions on the label exactly. Any deviation from those instructions can needlessly expose you, your family, and your pets to toxic fumes. Keep mothballs out of the garden, out of the open air, and where they belong: in airtight containers with clothes that are being stored for more than one month.

For safe, humane ways to keep cats away, check out our article here.