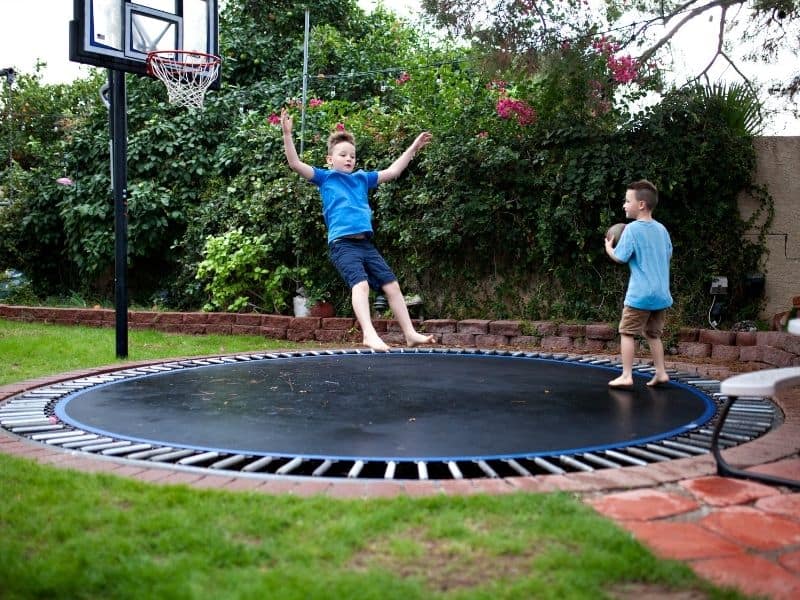 In-ground trampolines are becoming more and more popular these days. Not only do they minimize the impact the trampoline has on the yard, making it a more aesthetically pleasing option, but they also provide added safety benefits since they’re close to the ground. There are plenty of trampolines on the market that are specifically designed to be installed in the ground. But what about regular trampolines? Since the in-ground style is becoming more popular, many people are looking into the backyard at their normal above-ground trampoline, wondering if they can simply dig a hole and put it in the ground.

You can put a normal trampoline in the ground, but doing so requires more work than installing an actual in-ground trampoline. You’ll have to dig a deeper hole to accommodate for the height of traditional trampoline legs and there are certain safety precautions you’ll need to take as well.

Read on to learn what it takes to put a normal trampoline in the ground, what the pros and cons are, and how it compares to installing an in-ground trampoline.

That said, the fact that a trampoline in the ground reduces the height people can fall if they leave the trampoline is a major plus. And if you have a soft surface around the trampoline, such as grass, pea gravel, sand, or padding, you can greatly reduce the instances of falling injuries.

Another benefit has to do with the aesthetics of the yard. Some people find trampolines to be eyesores and struggle with where to put one in their yard. So putting one in the ground can be a viable option for those who want to keep their yard looking pristine. Some people may even go so far as to plant small shrubs or flowers around the trampoline once it’s in the ground, or surround it with other decorative landscaping features.

It’s no secret that trampolines can kill grass. In some climates, this doesn’t happen, but for many, grass care becomes more involved when there’s a trampoline blocking sunlight and rainfall. But with an in-ground trampoline, the grass is no longer a worry.

Now let’s look at the cons.

There’s no question that installing an in-ground trampoline is more work than simply setting up an above-ground trampoline. From digging the hole and shoring up the sides to making sure there’s enough airflow, it’s not the easiest option available. While this work may be worth it to some, for others, it’s simply too much. I cover exactly what work it entails later in this article.

Since the trampoline sits in the ground, maintenance becomes more difficult. Granted, most trampolines don’t need a ton of maintenance, but when it comes time to check the springs, tighten bolts, and ensure that the trampoline is level, things become a little more complicated than doing the same maintenance on an above-ground trampoline.

The last con on the list is all about what gets into the hole in which the trampoline sits. Water is a common issue, which is why it’s important to have some kind of drainage solution (more on that later). Also, if the sides of the hole aren’t properly shored-up, dirt can fall away from them and slowly fill in the hole. Critters can also get trapped underneath the trampoline, and getting them out can be an ordeal.

What to Consider When Putting a Normal Trampoline in the Ground

Now that we’ve covered the general pros and cons, let’s take a look at what to consider when putting a normal trampoline in the ground.

Air flow becomes important when you put a normal trampoline in the ground. If there’s not enough space for the air to escape from under the trampoline when people are jumping, it will limit how high you can jump on it. Installing the trampoline with several inches of clearance can remedy this, but this also leaves room for accidents since the trampoline isn’t flush with the ground; little hands or feet can get caught between the frame and the ground.

When you put a normal trampoline in a hole, you’re exposing it to excess moisture. Most normal trampolines aren’t designed with constant moisture in mind, so the frame and springs can rust quicker than they otherwise would.

Putting a normal trampoline in the ground requires a deeper hole than is required for most in-ground trampolines. This means more work to dig a deeper hole, which can cost time and money.

Is it Safe to Bury a Trampoline?

When done correctly, it’s safe to bury a trampoline in the ground. However, when done incorrectly, the risk of injury is increased. Trampolines placed in the ground without proper support can become unlevel quickly. If the sides of the hall aren’t properly supported, dirt can fill in the hole, which can cause injury if someone bounces low enough to hit the ground.

How Hard is it to Put a Trampoline in the Ground?

Putting a trampoline in the ground is no small job. Digging the hole is the most labor-intensive part, and it often requires professional help. To get it done quickly, heavy machinery (such as a backhoe) will be required. Also, ensuring that the trampoline remains level and that the sides of the hole don’t crumble over time takes planning and effort.

With professional help, the project can be done in a weekend. But if it’s a DIY project with one or two people, it’s likely to take longer to finish.

How Do You Put a Trampoline in the Ground?

1. Get the Area Cleared

The first thing you should do before digging a hole is get the area cleared. This is generally a free service offered by municipal governments to make sure people don’t accidentally dig up power lines, fiber optic cables, sewer lines, and the like. You’ll also want to make sure that you don’t have any sprinkler lines in the area. If you do, they’ll need to be rerouted around the hole.

Knowing the soil type in your area is important so you can determine whether you’ll need some type of drainage system. Some areas have soil that facilitates drainage without any additional help. Others have soil that doesn’t. If you have the latter, you’ll want to arrange a sump pump or some other drainage system for the trampoline hole.

This is the most labor intensive part, so you’ll want a plan in place. Hiring a landscaper or someone who has experience in digging trampoline holes is always a good option. You can often find someone who will dig the hole and haul away the dirt for anywhere between $200 and $500.

If you do it yourself, make sure to dig the hole slightly larger than the circumference of the trampoline. If you have a 15-foot trampoline, digging a 16-foot hole can give you enough room to work with.

The hole should be deeper in the center and slope gently up to a flat ridge all the way around on which you’ll place the trampoline’s legs. Keep in mind that you’ll want your normal trampoline to stick above the hole 8 to 12-inches for airflow, so make sure you measure appropriately.

In order to keep the dirt walls from collapsing inside, you’ll want to install a retaining wall. There are several ways to do this. Some people choose to add the wall to the frame itself, while others choose to add the wall around the perimeter of the whole, keeping it separate from the trampoline to make moving the trampoline for maintenance easier.

No matter the method you choose, this doesn’t have to be a complicated or expensive endeavor. Some lumber cut to size and some sheet metal or flexible plastic landscaping material can do the trick.

If you need a drain system, this is the time to install it. Most people go with a sump pump installed in the bottom of the hole. If your soil drains adequately, you can move to the next step.

But the differences don’t end there. In-ground trampolines come with vented spring pads, which allow for airflow, which gives you higher bounce even if the trampoline is level or close to level with the ground. Plus, with regular trampolines installed in the ground, you’ll often get an annoying slapping sound as the air lifts the spring pads on every jump. This gets old pretty quickly.

If you’re looking for an in-ground trampoline, you can’t go wrong with this one from In-Ground Trampoline Systems. This American-made in-ground trampoline’s frame is made from 14-gauge galvanized steel piping and 18-gauge steel panels that act together as the frame and the retaining walls. All the hardware is stainless steel and the springs are heavy-duty and rust-resistant. Additionally, each component comes with a comprehensive warranty. 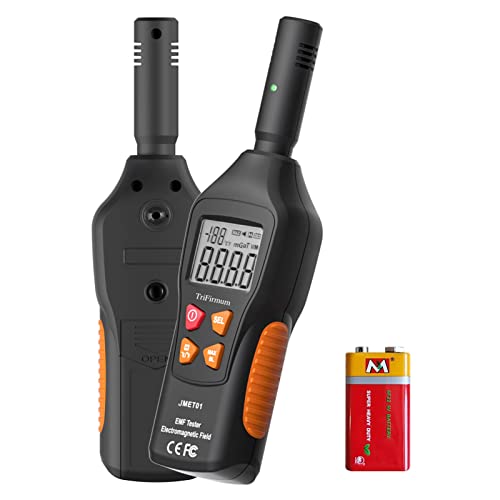