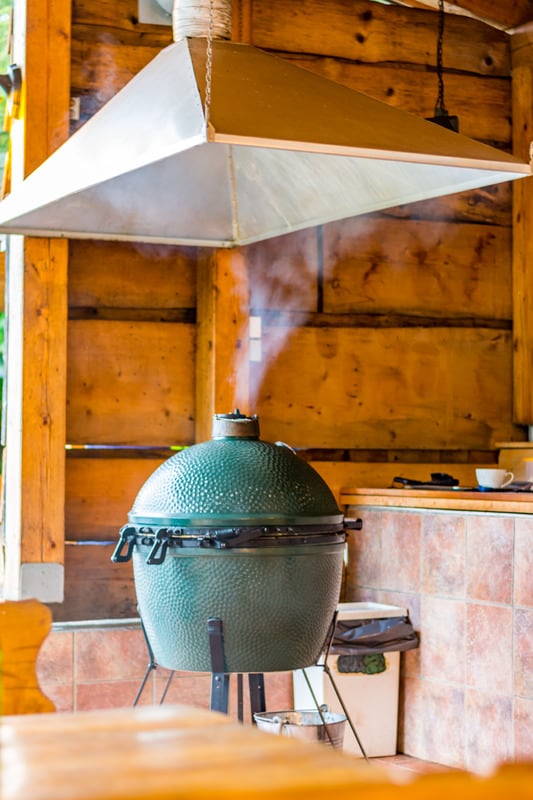 For these prices, you’d think kamado grills would come with a grill master to do your cooking for you. Unfortunately, they don’t. But they do have several awesome benefits that can help you make sense of the expensive price tags. In fact, this article is all about answering the question: Are Kamado Grills Worth It?

The truth is that kamado grills are more than worth it— to some people. For people who really enjoy grilling and do it regularly, kamado grills are the best bang for the buck, no questions. But, if you only grill once in a while, and don’t care to learn a new kind of grill, then you’re better off getting a decent charcoal or gas grill.

After all, kamados are expensive because they’re really, really good at what they do. But for some people, they’re just not worth the price.

Why Are Kamado Grills So Expensive?

While big-name kamado grills, like Big Green Egg and Kamado Joe, are definitely expensive, there are some cheaper ones out there. But, even a ‘cheap’ kamado is going to run you a few hundred dollars. Some of the bigger name kamados sell for upwards of $1500. So what’s the difference? And what makes kamado grills so expensive? Several things, actually. But let’s start with the materials.

High-end kamado grills are made with refractory ceramic, and lots of it. The walls of these grills are thick, and the small versions can easily weigh around 100 pounds. But, the thick walls help to keep moisture and heat inside the grill, which does a lot for the quality of the food you’re cooking.

Cheaper kamado grills aren’t typically made with ceramic. Instead, you’ll find them made out of porcelain, steel, or a combination of both, like the Char-Griller Akorn. If you’re a grilling novice, you probably won’t notice too much of a difference between kamados made out of ceramic and those made out of some other material. However, if you consider yourself more of an expert griller, ceramic is the way to go for a quality kamado grill.

Kamados have been used in some form or another for thousands of years. There’s been plenty of time to improve on the design. Which is another reason kamados are expensive. The positioning of the air vents (one on the bottom and another on top), combined with the thick ceramic walls make for excellent temperature control.

Plus, since they retain heat and moisture so well, they can get hot enough to function as brick ovens— so you can cook pizzas and bread in them!

Many of the best-rated kamado grills come with some sort of lifetime warranty. They are tough and long-lasting grills and if you’re planning on getting one, make sure it’s got a good warranty. When a company stands by their product with a guarantee, it’s a sure sign they’ve got something good.

There’s a common saying among kamado enthusiasts that goes something like this: “pick out a kamado your kids will like, because it’ll still be around when they’re grown.”

This may seem counterintuitive. After all, aren’t kamados made out of ceramic? They are, but not the kind of ceramic that your coffee mug is made out of. Kamado ceramic is very thick and difficult to break. That’s not to say that if you knock a ceramic kamado over it won’t crack. It’s possible. But, since they’re so heavy, knocking them over is rather difficult, anyway.

If you do want a kamado but are afraid of cracking the ceramic, you can always purchase one made of steel. But, given the same amount of care, a ceramic kamado will easily outlast a steel one by years.

Insulation, control, and temperature range make kamado grills super versatile. They work well for smoking, low and slow, searing, baking, and even cold-smoking. With the right accessories, you can cook almost anything in a kamado, which is another reason they’re expensive. Once you get the hang of a kamado, you’ll be grilling up a storm.

Do Kamado Grills Really Cook Better Than Other Grills?

Plus, since inside a kamado is pretty close to airtight, you aren’t losing moisture from your meats. There’s no other grill that can give you juicer meats. 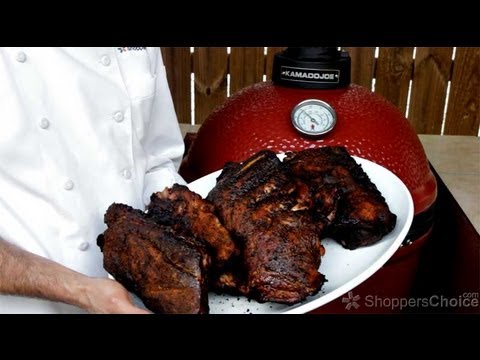 However, when we’re talking about kamados versus other grills, it’s important to mention the two-zone grilling technique. Some smaller kamados have a circular cooking area, making it a little more difficult to construct two zones with the charcoal. You can usually buy an insert that you can put over half of the coals to help deflect heat, but it’s often not a drastic temperature difference due to the smaller cooking area.

This is less of a problem on the larger kamado grills. Plus, keep in mind that you may have to purchase separate cooking accessories like the deflection insert. Not all kamados come with all you may need.

What Can You Cook in A Kamado?

The short answer is everything. People cold-smoke salmon, roast whole birds, slow smoke pork shoulders, bake pizzas, and sear steaks on kamados. You can do pretty much anything with the right accessories. For example, some models offer accessories like a rotisserie setup or a fish plank. The sky’s the limit!

How Long Do Kamado Grills Last?

As we mentioned above, if you treat your ceramic kamado with respect and avoid dropping it, you will have it for a lifetime. The ceramic has a baked-on glaze on the outside for weather and heat resistance. They’re also designed with expansion in mind, since they can get very hot inside.

Kamados also require minimal cleaning. Essentially, they are self-cleaning grills. Just don’t use chemicals or charcoal with chemical additives, because they’ll soak into the ceramic and taint your food with a strange taste.

Most of the high-end kamado makers offer lifetime warranties. Usually, they’re no-questions-asked, but you’ll want to read the fine print to be sure before you buy.

Is it Hard to Learn to Cook on A Kamado Grill?

There is a bit of a learning curve when it comes to kamados. Little adjustments on the air dampers can have drastic effects on the inside temperature. Some people find it easy to overcook the first few times, just because they’re not used to cooking in such an efficient grill. But, once you take the time and learn the nuances of your kamado grill, you’ll be able to enjoy that efficiency in a way that’s just not possible with other charcoal grills.

Word to the Wise: Stuff to Know Before Buying a Kamado

It’s not all succulent meats and accurate temperatures though. There are some little (or not-so-little) things you should know before committing to a kamado.

To rehash: small kamado grills can make the two-zone grilling method difficult. You’ll have to buy a heat deflector plate (if it’s not included) to block off half the coals. Sometimes this isn’t enough of a temperature difference to keep the meat from cooking further. The alternative is buying a raised rack or a bigger kamado.

Chances are if you’ve done any research on kamados you’ve heard about the fireballs they can spew out under the right circumstances. This is no joke. It’s somewhat rare, but it can happen. Luckily, it’s easy to avoid.

Flashbacks happen when you open the lid and air rushes in to meet the oxygen-starved coals. It usually happens when the dampers are near to closed. But, if you decide to own a kamado, you’ll want to “burp” it every time you open it, just in case.

“Burping” simply means opening the lid an inch or two for a few seconds and then closing it. You do this two or three times, letting in oxygen little by little, and then you can open the lid all the way without burning your hair off!

Kamados are also slow to cool, making it hard to change gears and cook something that requires significantly less heat. The insulation can be a bother in this regard, the heat taking longer to dissipate than other, less insulated grills. Of course, you can always cook the food that requires lower temperatures first, but this does require some planning and makes spontaneity hard.

Lump Charcoal Only— No Chemicals

Since ceramic is a porous material, it’s best not to use any lighter fluid or other types of chemicals inside. It’ll prove near impossible to get the chemicals out of the grill. For the same reason, you’ll want to stick to using natural lump charcoal.

Briquettes often have additives and binders that can leave behind residue. Plus, briquettes tend to create more ash than lump charcoal, which can gum up the works of the efficient kamado design.

As mentioned above, ceramic kamados are incredibly heavy. If you’re looking for a portable grill, kamados are a bad option. You can get a stand with wheels on it, but you won’t want to be transporting it more than around your home. Even then, it may take two people!

Note that kamados do come with gaskets around the lid that will need replacing one every year or two. Some of the newer models have the gaskets stapled to the ceramic itself, which means it will last much longer. Even so, at the very least you’ll have to replace your gasket every few years.

Kamado grills are worth it— for people who grill regularly. They are expensive because, well, you get what you pay for. Their versatility is unmatched. As is their heat control, moisture retention, and longevity. If you treat your kamado right, your grandkids may be cooking on it with their kids.

If you don’t end up using your kamado, or aren’t willing to be patient and learn how to cook on it, you’ll have bought a very expensive lawn ornament. But, most people who purchase kamados wind up using them all the time because they do such a good job with pretty much any kind of cooking you throw at them!

For those willing to go all-in and purchase a ceramic kamado, we recommend the Kamado Joe Classic II. Check it out!

For those who want to try a kamado but don’t want to drop a lot of money on one, we recommend the Char-Griller Akorn. It’s made out of steel with porcelain-coated still as insulation.